Last Monday, my brother was voted the Foremost Golf Professional of the Year, one of the most prestigious awards of the year in his profession.

Niall’s been a Golf Professional for 25 years, but golf’s been a big part of his life since he was a small child. As an amateur golfer, Niall was outstanding. It was like he played a different game than the rest of us. He won a LOT of events, and it was no surprise when he decided to turn Pro. These were the days before mobile phones & the Internet, so no live scoring or twitter updates – we had to wait for a call from Niall to find out how he’d got on.

Fast forward to 2001 and after playing on tour for a few years, then living and teaching in Portugal, Niall took over the driving range at Noah’s Ark in our hometown of Perth. Straight away he put what he’d learned playing and working all over the world into practice. This was never going to be ‘just another driving range’.

A real student of the game, and blessed with an ability to explain a complicated game in simple terms (maybe something he inherited from our dad, who loved the game), Niall embraced technology and drove the sport forward. He’s now a respected coach, working with players of all standards from beginners to Tour players.

Despite the ‘Tiger effect’, golf’s struggled over the past few years, with some courses closing and clubs struggling to make ends meet. Not the best time to take over the running of a local municipal course. Yet, that’s exactly what Niall did back in 2014, taking over the running of the North Inch Golf Course in Perth, one of the oldest courses in the world. You can read more about how Niall’s transformed the fortunes of ‘The Inch’ here.

Through all of these years, Niall’s worked incredibly hard, often clocking seven day working weeks. He’s never had the normal weekends that those of us who work in offices are used to – golf’s busiest days are on the weekends. We don’t think about this when we rock up to the course or driving range, expecting to see the Pro there. We see them more at the weekend than their family do. For the Golf Pro, that’s just part of the job.

So, after 25 years in the sport, to finally be recognised for all of the work you’ve done, for all of the blood, sweat and tears, it must feel pretty damn good. 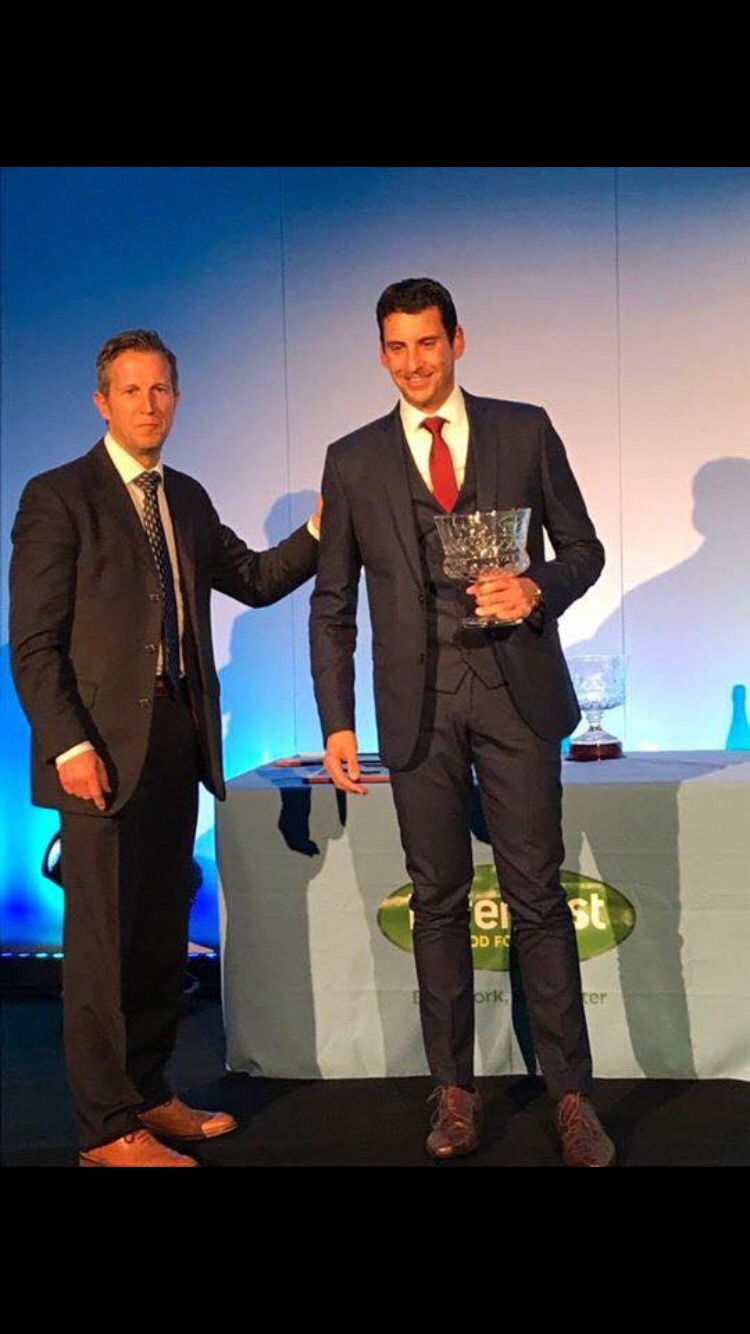 We’re all proud of you Niall, and I know that dad will be up there looking down more proud than any of us.

2 thoughts on “Niall McGill, Foremost Golf Professional of the Year 2017”